A Memorial to My Father

Home About MentorCoach® Our Founder, Ben Dean, PhD A Memorial to My Father

A Memorial to My Father
By Ben Dean, PhD 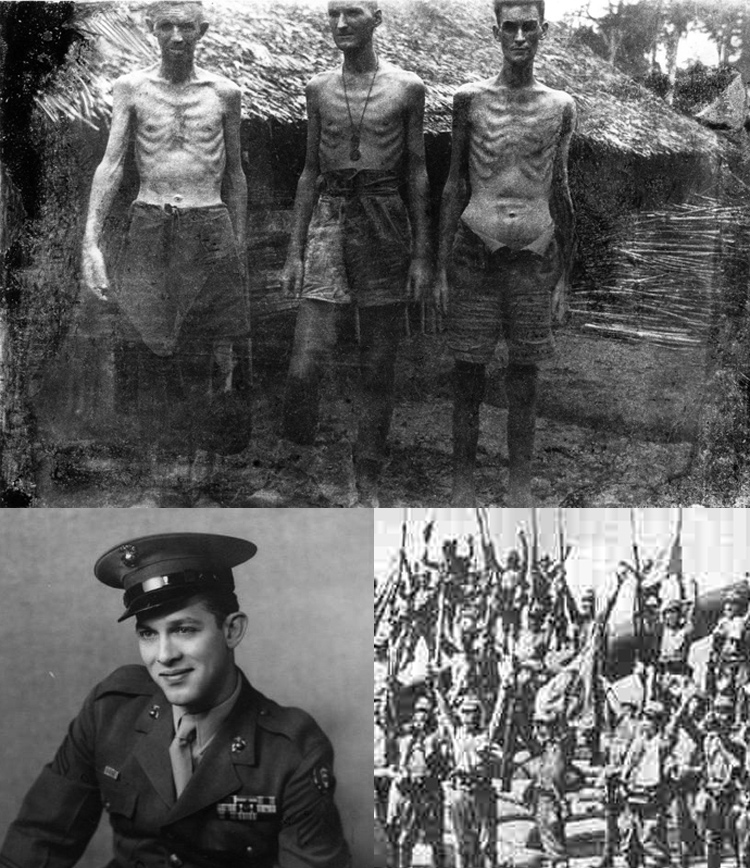 Memorial Day is a time I remember something that, throughout my dad’s life, I never once heard him mention.

On December 6, 1941, he was a strapping young man of 21 serving with the Marines in the Philippines, a short-timer due to be discharged within weeks.

However between Japan’s unprovoked surprise attack on Pearl Harbor on December 7th and the fall of Corregidor and the Philippines 150 days later, he became one of the thousands of American and Filipino soldiers desperately trying to delay the Japanese victory.

Fighting without reinforcements, without air or sea support, increasingly without food, they finally surrendered on May 6, 1942. That day, Lt Gen Wainright in a radio message to President Roosevelt, said, “There is a limit to human endurance, and that point has long been passed.”  (See above: “Japanese soldiers celebrating after the fall of Corregidor.”)

Each day as the Japanese shipped their prisoners from the Philippines back to prison camps in Taiwan and Japan, they would pull those nearest to death inside a circle on the deck. Later in the afternoon, those in the circle would be thrown overboard to drown. Japanese soldiers pulled my dad into the circle two separate times. Each time, when the guards were not looking, a friend of his from England managed to pull him back out.

During his 1196 days of captivity, he was starved (given a single small box of rice a day), used for slave labor in the mines, and blinded.

Along with his fellow captives, he was also tortured. Ranging from surprise blows to the head with a rifle butt to being forced to kneel in the noonday sun, hands tied behind his back, razor-sharp rocks placed in the crook behind his knees so that as soon as he could no longer hold his kneeling position, the rocks would slice into his legs. 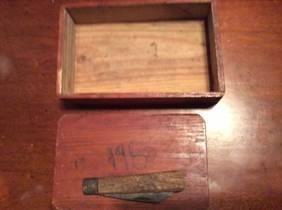 His stomach eventually bloated as he suffered from Beriberi, a disease caused by a lack of vitamin B1. As I write this, I have in the library behind me the small wooden box that measured out his daily ration of rice as well as a pocket knife he was able to keep hidden while in prison.

He had known my mom since the third grade when he got into trouble for throwing rocks at her after school. Later, they were on the same Breckenridge (Texas) High School debate team, one on which he and his brother Beale were champion debaters. They were never interested in each other.

Yet she wrote a series of warm, encouraging letters that got through to him in prison camp. At the close of the war, when his health was strong enough to allow him to return home, he sought her out, determined to marry her. They married the next year and spent their honeymoon driving from Texas to the remote, backwood hollows of Kentucky to visit one of his closest POW buddies.

He regained enough sight to complete law school at the University of Texas with the help of my Mom reading his textbooks to him aloud. Later in life when he’d regained more of his sight, he loved to read and even now I can remember him sitting at the dinner table holding a book a few inches from his eyes as he flipped rapidly through the pages. He had been in mining accidents as a POW and, as a result, dealt with chronic back pain which he rarely mentioned.

He practiced law successfully, once even being in a case sensational enough to garner a Saturday Evening Post cover story. (He then became lifelong friends with Post investigative reporter, James Phelan.) He touched many lives until his death from a heart attack at the much-too-young age of 59.

To my knowledge, he never spoke about his POW experience to anyone except a Marine stenographer shortly after the war. He surely suffered from Post Traumatic Stress Disorder, but in those days, PTSD was not diagnosed or effectively treated.

As a result his time in prison was so much an elephant in the living room for our family that it never occurred to me how scrupulously we avoided the topic. I like to think that if he had lived a bit longer, I would have found a way to bring it up with him.

I do remember seeing signs of the man who had been starved for 1000 days. He stockpiled hundreds of canned goods and two freezers full of food at home plus a commercial freezer downtown filled with sides of beef. We would not easily run out of food.

I’ve been told that if the Japanese surrender had been delayed by even a few weeks, he would likely have been killed by his guards and I would not be here now writing this essay.

When he was taken prisoner, two of his brothers also enlisted, in part, to contribute to the effort to bring him home. Now my dad, my grandfathers, both WWI veterans, and those two brothers (Uncle John and Uncle Beale) are five of the heroic veterans I think of on this day.

I’m thankful for what they and hundreds of thousands of their brothers and sisters did for us. Some dying. Some living but paying a price for the rest of their lives. I love you Dad.