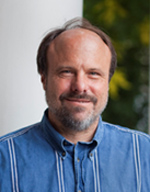 On May 27, 2014, we interviewed Positive Psychologist Kennon M. Sheldon, PhD, Professor of Psychological Science at the University of Missouri-Columbia, and internationally recognized expert on psychological well-being, happiness, and goal setting.

Pursuing Happiness: What Works and Why with Ken Sheldon

FROM A LEADER IN POSITIVE PSYCHOLOGY: Taking stock and Moving Forward

Ken Sheldon was present at the 1999 conference where positive psychology emerged as a new direction. A decade later, he served as lead editor of Designing the future of positive psychology: Taking stock and moving forward (2011). His primary research interests and publications fall within the realm of positive psychology: goals, motivation, and psychological well-being. Who better than Ken Sheldon to answer questions on how to create and sustain happiness, set meaningful goals, and help ourselves and our clients truly thrive? And where do gaps remain in our knowledge of how we can flourish?

Ken’s early grounding in Self Determination Theory (SDT), which he regards as extremely consistent with positive psychology, has enabled him to research and update the hierarchy of needs originally identified by Abraham Maslow. SDT proposes that humans have evolved with three major needs, which must be filled if they are to flourish: Autonomy (doing what you choose based on values), Competence (doing it well), and Relatedness (connecting to other people in the process). Focusing on fulfilling these needs will give optimal motivation towards successful goal achievement and well being.

Ken’s ongoing collaborative work with Sonya Lyubomirsky on how to boost happiness has contributed to a “sustainable happiness” model. Research suggests that happiness levels can be best maintained over time by choosing action rather than changing circumstances and varying the actions, by pursuing intrinsic rather than extrinsic goals, and by balancing time to meet essential needs on a daily basis.

Finally, Ken leads research in the science of self-concordance, or pursuing and achieving goals in line with what we individually desire at deeper levels. Failure to set appropriate goals can derail our efforts at goal attainment. Ken’s research has focused on methods of measuring goals and concordance and has identified multiple factors leading to more concordant goal setting. Knowing what to want, where our goals come from, which ones meet our deepest values, and which lead to lasting growth and fulfillment can affect our career directions, relationships, and personal satisfaction.

Kennon M. Sheldon, PhD. (Ken) received his B.S. in Psychology in 1981, and his PhD in Social and Personality Psychology from the University of California-Davis in 1992, mentored by Positive Psychology’s Bob Emmons. After six years at New York’s University of Rochester, where he absorbed and applied Deci and Ryan’s Self Determination Theory, he joined the faculty at the University of Missouri in Columbia where he’s been a full Professor since 2007.

Ken has been awarded numerous grants from NIMH, NIAAA, and the John Templeton
Foundation, as well as the National Science Foundation and and university resources, for his research on positive psychology. Most notably, Ken and eminent psychologist Sonya Lyubomirsky were co-primary investigators on a million dollar NIMH grant investigating factors which sustain or inhibit increases in happiness levels, leading to the formulation of a “sustainable happiness model.” He and Sonya have continued their collaboration long after their first grant ended and have applied for additional funding for ongoing research on the factors which sustain happiness. Ken also serves on the Advisory Board of two happiness-related companies — Hapacus and Livifi. 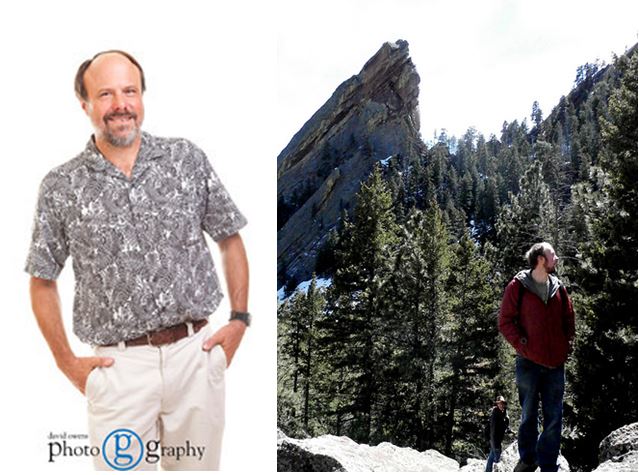 Ken’s research with Deci and Ryan’s Self Determination Theory has explored the optimal motivations for pursuing personal goals. Other research interests include the relationship of creativity to motivational conflict and style, exploring the nature of cooperative and competitive behavior in social dilemmas, investigating factors that promote personal goal attainment, and examining the effects of goal pursuit and attainment on mental health.

Ken has authored at least 40 book chapters and written or edited 6 books to date, including Optimal human being: An integrated multilevel perspective (Erlbaum, 2004), an academic exploration of the science of self-concordance. He is the lead author of Self-determination theory in the clinic: Motivating physical and psychological health (2003), which applied self-determination theory concepts to help doctors and counselors motivate their clients. He has also published a Positive Motivation Workbook. With Todd Kashdan and Mike Steger, Ken edited Designing the future of positive psychology: Taking stock and moving forward (2011). Edited books also include Life goals and well-being: Towards a positive psychology of human striving (2001), Current Directions in Psychological Science: Reader in Motivation and Emotion (2009), and Personal autonomy in cultural contexts: Global perspectives on the psychology of agency, freedom, and people’s well-being (2011)

Ken lives with his wife, an evolutionary psychologist, and their three children near the University of Missouri. In his spare time, he’s involved with backpacking, photography, and tennis. Music has also been a part of his life for decades, and he is currently a member of Hellbenders–a band composed of mostly professors who perform and record many original songs. On his website is an inspiring, integrated tableau of his life passions: photographing magnificent settings, exploring the outdoors close-up and on foot, and savoring relationships with family and friends.

Ken’s Flickr Page — Be SURE to look at these photos which present an inspiring, integrated tableau of Ken’s life passions: photographing magnificent settings, exploring the outdoors close-up and on foot, and savoring relationships with family and friends.

Ken’s website at the University of Missouri-Columbia, with a complete list of research citations (including links to PDFs), and recordings of his “ancient” and “modern” songs.

Pursuing happiness: What works and why,” video of a 21st Century Discovery Corps lecture at the University of Missouri, 2010 (about 1 hour) And two short articles about this lecture:

Be of Good Cheer, ending with a how-to list

People’s intention to being happy plays role in their happiness level, studies suggest, 2013

The Keys to Happiness: Partly Genetic, But You Control the Rest , ABC news article on Ken and Sonya’s research, 2012