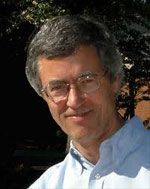 On November 18, 2011, we had a riveting interview with noted Positive Psychologist, Timothy Wilson, Ph.D., Sherrell J. Aston Professor of Psychology at the University of Virginia and author of the new book Redirect: The Surprising New Science of Psychological Change.

Timothy Wilson, Ph.D. Speaks to the Royal Society of the Arts in London 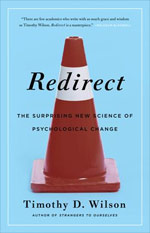 He has published numerous articles in the areas of introspection, attitude change, self-knowledge, and affective forecasting. Professor Wilson is also the author of the book Strangers to Ourselves: Discovering the Adaptive Unconscious (Harvard University Press, 2002), which was named an Outstanding Academic Title by CHOICE: Current Reviews for Academic Libraries.

His latest book Redirect: The Surprising New Science of Psychological Change (Little, Brown) was published in September of this year. Daniel Gilbert, author of Stumbling on Happiness, says, “This glorious book shimmers with insights–an instant classic that will be discussed and quoted for generations. One of the great psychologists of our time, Timothy Wilson has distilled the field’s wisdom and shown us how to use it to change ourselves and the world. This may well be the single most important psychology book ever written. Not to be missed!”

According to The UVA Today, in Redirect: The Surprising New Science of Psychological Change, Professor Wilson “explains a new, scientifically based approach that can make you happier, turn you into a better parent, solve your teenager’s behavior problems, reduce racial prejudice and even close the achievement gap in education. This approach, called story editing, works by redirecting the stories we tell about ourselves and the world around us – with subtle prompts, in ways that lead to lasting change.”

He co-authored Social Psychology, an introductory textbook on social psychology with Eliot Aronson, currently in its sixth edition. With Richard Nisbett, Wilson wrote one of the most cited psychology papers, titled “Telling more than we can know – Verbal reports on mental processes.” The paper demonstrates the difficulty humans have in introspecting on their own mental processes (Psychological Review, 1977).

He lives in Charlottesville, Virginia, with his wife, Deirdre Smith. He has two children, Christopher and Leigh.

Strangers to Ourselves: Discovering the Adaptive Unconscious

Telling more than we can know: Verbal reports on mental processes.

A model of dual attitudes.

Immune neglect: A source of durability bias in affective forecasting.

Thinking too much: Introspection can reduce the quality of preferences and decisions.

Strangers to ourselves: Discovering the adaptive unconscious

The halo effect: Evidence for unconscious alteration of judgments.

Focalism: A source of durability bias in affective forecasting.

INTROSPECTION, ATTITUDE CHANGE, AND ATTITUDE-BEHAVIOR CONSISTENCY: THE DISRUPTIVE EFFECTS OF EXPLAINING WHY WE FEEL

Telling more than we can know: Verbal reports on mental processes.
This is one of Wilson’s most influential publications. He wrote it with Richard Nisbett while still in graduate school at the University of Michigan, and it is one of the most heavily cited psychology articles published in the seventies. It provided the first comprehensive, empirically based argument that a variety of mental processes responsible for preferences, choices, and emotions are inaccessible to conscious awareness.

Affective Forecasting: Knowing What to Want
Written with his longtime collaborator, Daniel Gilbert of Harvard.