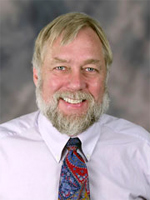 TO RECEIVE THE INTERVIEW RECORDING AND ADDITIONAL MATERIALS, fill out the form below:

He is internationally known for his research in social psychology that spans topics ranging from the human need to belong and the effects of rejection to how people seek to make their lives meaningful to the essence of the relationship between the individual and society.

In what became one of the most cited papers in social science literature, Dr. Baumeister discovered that willpower actually operates like a muscle: it can be strengthened with practice and fatigued by overuse.

In Baumeister’s latest research on self-control, he shows that we typically spend four hours every day resisting temptation.

After holding a National Institute of Mental Health postdoctoral fellowship at the University of California at Berkeley, where he studied personality and social structure, he joined the psychology faculty at Case Western Reserve University as an assistant professor in 1979.

He was named a full professor a decade later and awarded the E. Smith Professorship in the Liberal Arts in 1992, a post he held until accepting his present chair at Florida State in 2003.

Dr. Baumeister has over 400 publications (including 27 books).

According to the Institute for Scientific Information, his research has been cited over ten thousand times by other scientists, making him one of the most influential social psychologists in the world. Dr. Baumeister’s research is currently funded by the National Institutes of Health and by the Templeton Foundation. He and Brad Bushman have recently authored a social psychology textbook, Social Psychology and Human Nature.

Dr. Baumeister was born in Cleveland, the son of an immigrant businessman and a schoolteacher. He now lives by a small lake in Tallahassee with his wife and colleague, Dianne Tice. In his (very rare) spare time, he enjoys windsurfing, playing jazz guitar, and composing music on the piano.

Video interview with Joshua Knobe of Yale interviewing Roy talking about Self-control: a scarce resource (05:51)
Loosening up lovers for the sake of science (04:17)
Morning routines and misbehaving politicians (05:38)
How much willpower makes for a good soulmate? (06:08)
Aggression, dishonesty, and what we think about free will (06:52)
When should scientific findings be kept from the public eye? (05:02)
Roy Baumeister: Zurich Minds Keynote (18:19) 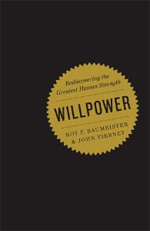 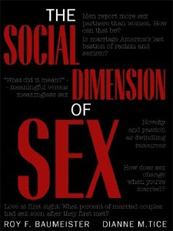 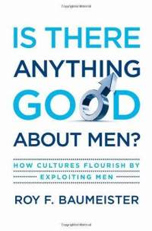 Is There Anything Good About Men?: How Cultures Flourish by Exploiting Men
by Roy F. Baumeister 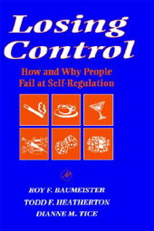 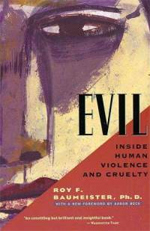 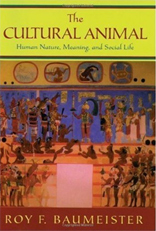 Psychology Today Blog: “The Cultural Animal: How We Find Meaning in Life“

Other works by Dr. Baumeister