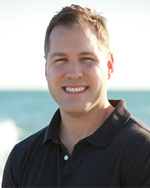 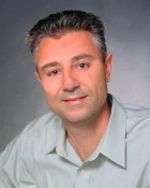 On May 2, 2014, we had an engaging Q&A interview with Positive Psychologists Jeff Froh and Giacomo Bono leading experts on gratitude research in children and adolescents, and co-authors of the new book, Making Grateful Kids: The Science of Building Character.

TO RECEIVE THE RECORDING, submit your first name and email address here:

ABOUT MAKING GRATEFUL KIDS: The Science of Building Character

Making Grateful KidsIf there were a wonder drug on the market that got kids to behave better, improve their grades, feel happier, and avoid risky behaviors, parents around the world would likely be willing to empty their bank accounts to acquire it.

Such a miraculous cure already exists. It’s not regulated by the FDA, it has no ill side-effects, it’s absolutely free, and it’s available to anyone at any time. It’s called Gratitude.

In Making Grateful Kids: The Science of Building Character, Jeff Froh and Giacomo Bono present the latest and most compelling research on gratitude in children and adolescents, announces groundbreaking findings, and shares real-life stories from adults and youth to show parents, teachers, mentors, and kids themselves how to achieve greater life satisfaction through gratitude.

Most importantly, Jeff and Giacomo show us how to apply this groundbreaking research, offering practical and effective common-sense plans that can be used in day-to-day interactions between adults and all types of kids—ranging from very young elementary school children to troubled teenagers—to enhance their success and wellbeing.

Rather than accepting “entitlement” and “overindulgence” as givens in our materialistic culture, the authors offer blueprints, tools, and examples to help parents and educators teach this critical “attitude of gratitude” through modeling, helping children recognize the intention and sacrifice behind gifts they receive, appreciating and savoring blessings they have been given, developing their sense of purpose, finding what’s really important to them in their lives, and valuing and nurturing relationships.

Why is being appreciative centrally important for children? Over the past decade, science has shown that gratitude is one of the most valuable and important emotions we possess, and it is a virtue that anyone can cultivate. In fact, researchers have developed many different methods people can use to foster an attitude of gratitude, and the science shows that many of them really work.

Not only does the purposeful practice of gratitude increase happiness in kids, but Jeff and Giacomo’s research also indicates that grateful kids also report more self-discipline, fulfilling relationships, and engagement with their schools and communities when compared to their less grateful counterparts. They also behave better, have higher grades, have more goals and plans for the future, are more generous, and avoid risky behaviors. In short, they have more of the resources that will make them successful in coping with life.

“ Making Grateful Kids is the book that parents have been waiting for. Chock-full of engaging examples and stories, reams of supportive empirical evidence, and clear, easy-to-follow recommendations for how to instill gratitude starting today, Froh and Bono impart a really valuable message: Gratitude matters and it matters most in kids.”
— Sonja Lyubomirsky, PhD, professor of psychology at the University of California, Riverside and author of The How of Happiness and The Myths of Happiness.

“This book provides scientifically-based answers to the question that every parent asks: How can I get my kids to be more grateful? Froh and Bono, pioneers in the field of youth gratitude, point to specific practices and principles that can be used by parents, teachers, and kids alike. They make a compelling case for why, when it comes to future generations, gratitude is the single best investment we can make. My hope is that this book will help give rise to “Generation G”—Young adults that recognize the transforming power of gratitude.”
— Robert A. Emmons, editor-in-chief, The Journal of Positive Psychology, author of Gratitude Works! and Thanks! How the New Science of Gratitude Can Make You Happier

“Of the key virtues that make for a successful life, gratitude is one that is often overlooked in child-rearing and education today. In Making Grateful Kids, Jeff Froh and Giacomo Bono have given us the most valuable kind of guide to child development: one that is full of compelling examples and backed up by state-of-the-art research findings. Parents, educators, students, and practitioners will benefit greatly from this book.”

— William Damon, professor of education, Stanford University, director, Stanford Center on Adolescence, and author of The Path to Purpose: Helping Our Children Find Their Calling in Life

“ Making Grateful Kids explains the significance of the burgeoning scientific study of character development among youth, provides parents with evidence-based ideas for enhancing an essential facet of thriving among adolescents, and offers practitioners and policy makers a positive, hopeful vision for promoting positive development among present and future generations of young people. All readers will be grateful for this timely and important book.
— Richard M. Lerner, PhD, Bergstrom Chair in Applied Developmental Science, Director, Institute for Applied Research in Youth Development, Tufts University, and author of The Good Teen: Rescuing Adolescence from the Myths of the Storm and Stress Years

Jeff Froh holds a PsyD degree in School Psychology from St. John’s University. He is currently Associate Professor of Psychology at Hofstra University. He is a New York certified school psychologist and licensed psychologist. Before joining the faculty at Hofstra, he taught at various colleges and practiced as a school psychologist in several school districts on Long Island. He is associate fellow of the Albert Ellis Institute.

Jeff is a leader in the rapidly expanding field of positive psychology. He has served as an Associate Editor of the Journal of Positive Psychology and is on the board of and consultant to numerous other professional journals. He has generated over 40 publications on positive psychology, including those specifically focused on gratitude in youth, which appear in top-tier scientific journals such as Clinical Psychology Review, Psychological Assessment, Journal of Personality, Journal of School Psychology, and School Psychology Review, as well as high-level edited scholarly volumes.

Jeff’s research on parenting children and youth from a strengths perspective has also been featured in mainstream media such asThe Wall Street Journal, The Los Angeles Times, The Washington Post, The Huffington Post, Woman’s Day, Family Circle, and Better Homes and Gardens. He has given over 80 presentations on gratitude and happiness at local, national, and international conferences as well as to community churches and school districts, where the research changes lives of parents and kids.

Along with Giacomo Bono and Robert Emmons, Jeff received a 3-year $1 million grant from The John Templeton Foundation to study the measurement, development, and enhancement of gratitude in children and adolescents. Jeff is the co-editor of the book Activities for Teaching Positive Psychology: A Guide for Instructors (2013, American Psychological Association), which is a guide to activities related to the concepts and experiments that make up the foundation of positive psychology. And he is the co-author of Making Grateful Kids: The Science of Building Character (2014, Templeton Press).

Jeff lives with his wife Cara, whom he met in graduate school at St. John’s. During their first date, they got “lost in flow during a 6-hour conversation…and knew the search was over.” They delight in raising their two children together, 7 year-old James, and 4 year-old Julianne. Jeff puts high value on their annual family vacation in the quintessential fishing village of Montauk, NY, where everyone can recharge batteries, connect with nature, and strengthen relationships.

Giacomo Bono (JAH-co-mo) received his B.A. in Modern Literary Studies from University of California, Santa Cruz and holds a Ph.D. in Applied Social Psychology from Claremont Graduate University in 2003.

After graduate school, Giacomo was a postdoctoral fellow for two years under Michael McCullough at the University of Miami, specializing in research on determinants and positive outcomes (particularly in terms of health) associated with forgiveness and gratitude. He has taught at various universities throughout Southern California and in 2008, he joined the faculty at California State University, teaching Psychology courses at its multiple campuses. He will serve as Assistant Professor of Psychology at the Dominguez Hills campus this fall.

Giacomo was selected to participate in a special training in Applied Developmental Science in 2007 as part of a Summer Research Institute sponsored by the National Institute of Child Health and Human Development and Society for Research in Child Development, where he worked on applied youth development research designing measures related to health and resilience in students. His expertise is in positive youth development with an emphasis on prosocial behavior and relationships. He has over a decade of experience evaluating youth development, prevention, and promotion programs, and has presented his research at numerous conferences including Society for Personality and Social Psychology and Society for the Psychological Study of Social Issues.

Along with Jeff Froh and Robert Emmons, Giacomo received a 3-year $1 million grant from The John Templeton Foundation to study the measurement, development, and enhancement of gratitude in children and adolescents. He is the co-author of Making Grateful Kids: The Science of Building Character (2014).

Giacomo has over 20 publications on gratitude and forgiveness, appearing in top-tier scientific journals such as Journal of Personality and Social Psychology, Psychological Assessment, Personality and Social Psychology Bulletin, Journal of Personality, School Psychology Review, as well as in various scholarly volumes. His research has appeared in mainstream media such asThe Huffington Post, U.S. News and World Report, Health Magazine and he has done interviews on nationally broadcasted radio shows such asYouth Radio, The Kelley Alexander Show, and The Matt Townsend Show, as well on Hope TV as part of a special Thanksgiving episode of Go Healthy for Good.

Giacomo lives with his wife, Kate, and their two sons, Dario (age 9) and Alex (age 5) in the city of La Mirada, California. Giacomo considers himself a man of the world. He loves to cook, exercise, write poetry, tend to the family garden, maintain his Sicilian traditions, and travel both nationally and abroad. The family often enjoys camping, hiking, or hosting friends and family in their home. As an Italian immigrant, Giacomo is proud to be living in the United States and appreciates the opportunity to pursue his passion to make a difference to society.

Gratitude-inducing activities for the classroom —comprehensive list from Greater Good

How to Raise a Grateful Child—and Why You Should

5 Effective Tips to Teach Kids to Be Grateful, Making Grateful Kids on Belief.net

Gratitude in Youth: A Review of Gratitude Interventions and Some Ideas for Applications

Gratitude and the Reduced Costs of Materialism in Adolescents

Measuring Gratitude in Youth: Assessing the Psychometric Properties of Adult Gratitude Scales in Children and Adolescents

Being grateful is beyond good manners: Gratitude and motivation to contribute to society among early adolescents

Gratitude in School: Benefits to Students and Schools (Book Chapter)

Gratitude and well-being: A review and theoretical integration

Who benefits the most from a gratitude intervention in children and adolescents?

Examining positive affect as a moderator

Counting blessings in early adolescents: An experimental study of gratitude and subjective well-being

Teaching Kids to be Grateful May Have Long-Term Benefits Even Though its not Eas , in The Washington Post, 11/21/11.

Thank You. No, Thank You, in the Wall Street Journal, 11/23/10, excellent summary of Jeff’s research on gratitude and health

Giacomo talks about gratitude, values, and his research. (Video, 57 mins.) Interview on Greater Health for Good, with Giacomo’s segments beginning at about 4 minutes, at 7 minutes, and at 24 minutes

The Psychology of What Makes Teens Thankfu , in the Huffington Post, 4/9/14

Tapping into the Power of Gratitude, in an education update