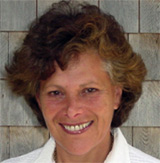 Wow. Such a great interview with Ellen Langer on Friday, October 15, 2010. we covered loads of things about her research over the last 40 years and her latest book, Counterclockwise. She took questions emailed in from listeners everywhere. And she talked about the new movie, Counterclockwise, that DreamWorks is developing based on her life. They’ve got the script completed. And Jennifer Anniston will play Ellen at 34 as she carries out her famous Counterclockwise experiment (the one with the elderly men going to a week-long retreat in a monastery retrofitted to emulate their world 22 years before in 1959). She also talked about the just-filmed UK reality show where elderly British celebrities went through the Counterclockwise experience again. She’s warm, spontaneous, extremely engaging, and, of course, very smart. Give it a listen. (Also look at the articles at the bottom of this page!)

TO RECEIVE THE RECORDING, fill out the form below.

Dr. Ellen Langer is a world renowned professor of psychology at Harvard University. Her most recent book is Counterclockwise: Mindful Health and the Power of Possibility. In addition she has written the bestselling book, Mindfulness, The Power of Mindful Learning, and On Becoming An Artist. Her website is at www.ellenlanger.com

Dr. Langer has described her work on the illusion of control, aging, decision-making, and mindfulness theory in over 200 research articles and six academic books. Her work has led to numerous academic honors including a Guggenheim Fellowship, the Award for Distinguished Contributions to Psychology in the Public Interest of the American Psychological Association, the Distinguished Contributions of Basic Science to Applied Psychology award from the American Association of Applied & Preventive Psychology, the Adult Development and Aging Distinguished Research Achievement Award from the American Psychological Association, the James McKeen Cattel Award, and the Gordon Allport Intergroup Relations Prize.

The citation for the APA distinguished contributions award reads, in part, “…her pioneering work revealed the profound effects of increasing mindful behavior…and offers new hope to millions whose problems were previously seen as unalterable and inevitable. Ellen Langer has demonstrated repeatedly how our limits are of our own making.”

Included among her books are:

On Becoming an Artist: Reinventing Yourself Through Mindful Creativity. Ballantine Books, 2005.

Counterclockwise: Mindful Health and the Power of Possibility. Ballantine Books, 2009.

Chronicle of Higher Education Profile: The Art of Living Mindfully: Nothing is ever certain, says the psychologist Ellen Langer. We should make the most of that.

Harvard Magazine profile: “The Mindfulness Chronicles: On the psychology of possibility”

Can the power of thought stop you ageing? Click here.

Video on Mindfulness and Leadership

Video on Ellen’s Classic Research on the Psychology of Control