We had a wonderful interview with Australian TV Star/coach psychologist/academic, Dr. Tony Grant on February 25, 2011.

Dr Anthony M. Grant is a Coaching Psychologist. He holds a BA (Hons) (first class honours) in Psychology, a Masters of Arts in Behavioural Science and a PhD. The title of his PhD thesis was “Towards a psychology of coaching: The impact of coaching on meta-cognition, mental health and goal attainment” and is one of few doctoral thesis that explicitly examine Coaching Psychology. He is both a practitioner and an academic.

Tony left school at the age of fifteen with no qualifications, completed his training as a carpenter and ran his own contracting business. Embarking on a second career in direct sales and marketing, he began tertiary studies in 1993 as a mature age student and then commencing a third career in his 30’s as a coaching psychologist.

In January 2000 Tony established the world’s first Coaching Psychology Unit at the School of Psychology at Sydney University where he is the director. The unit offers post-graduate degree programs to Master’s level in Applied Science (Psychology of Coaching), the Master of Organisational Coaching and the Graduate Certificate in Applied Science (Applied Positive Psychology), and Anthony was instrumental in the development and introduction of these programs. His coaching research and practice has frequently been reported in the national and international media. He has co-written and co-edited five books on evidence-based coaching and has many coaching-related publications in the peer-reviewed and professional press. His books on coaching have been translated into eight languages, and his is widely recognised as a key pioneer of coaching psychology.

In the fall of 2011, Tony starred in a hit reality TV program for ABC in Australia–Making Australia Happy.

For the first time ever in Making Australia Happy, the latest and most fascinating research from the science of happiness has been compiled, consolidated and taken for a test drive on the suburban streets of Sydney. Tony and his two fellow experts chose eight volunteers from eight walks of life. They represented a range of ages, backgrounds and life circumstances and were unknown to each other.

Their happiness levels were far below the national average on the Happiness 100 Index but they shared the desire to get happy. Tony and his two fellow experts had just eight weeks to change the volunteers’ scores and their lives.

In our interview, we’ll ask Tony why their interventions and the program, itself, was so successful. And we’ll ask what lessons we can draw from the show for our work and lives. 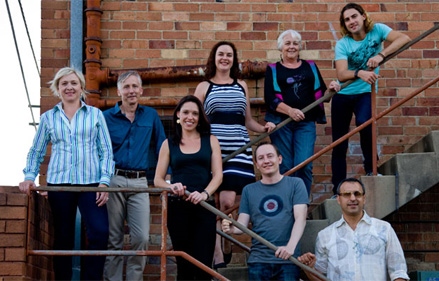