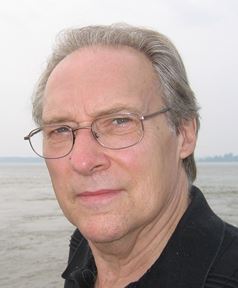 On January 29, 2016, we had a Q&A Interview with David J. Rogers, author of 9 books, including the internationally acclaimed best sellers Waging Business Warfare and Fighting to Win: Samurai Techniques for Your Work and Life.

You’ll also receive a complimentary subscription to the eMC News,
our monthly enewsletter, and can opt out at any time.
Your privacy and email address are safe with us.

ABOUT BEN AND FIGHTING TO WIN

In 1984, I ran across a new tradebook, Fighting to Win: Samurai Techniques for Your Work and Life, at a Georgetown bookstore. I was taken with it and passed it on to Marta Vogel, a friend, who wrote an excellent article about it for The Washington Post. Following the Post piece, it was featured in Chicago, followed by other U.S. cities. David later told me that Marta’s was the first article to put FTW and David on the map, and Washington was the first place Fighting To Win made itself known.

Years later, in the 1990’s, I had a combined psychotherapy and coaching practice in suburban Maryland. One day, a client came in carrying a yellowed copy of Marta’s review of Fighting to Win. Somehow she had never gotten the book, so I lent her my own now well-underlined copy. And she loved it.

Jump to 20 years later when my then-college-aged son, David, found my marked-up copy and also became a huge fan. He now carries an e-copy around in his Kindle. And I still consult my own copy from time-to-time for inspiration and as a reminder of the value of taking action.

So the ideas in David’s book do not come out of peer reviewed psychological research. They come from a much older tradition. And many people have found in them a motivation to take action, to face problems head on, and inspiration.

“When Lenny Skutnik dove into the icy Potomac to save a crew member of the Air Florida crash, he demonstrated mo chih ch’u, a Samurai technique for leaping into action without hesitation….” More.

ABOUT FIGHTING TO WIN: Samurai Techniques for Your Work and Life

You may not be aware of it, Rogers believes, but in both your business and personal life you are engaged constantly in some form of combat on a daily basis. In the coaching world, we might refer to these as obstacles, which can be external or internal. “Outer opponents” may be people who block your way, setbacks and crises. The more common and often more formidable “inner opponents” are fear, worry, timidity and self-doubt. According to Rogers, to be successful at achieving your potential, you must learn to fight these effectively. Rogers show you how, with clear strategies for different kinds of situations, strategies with an unusual origin.

The secret does not lie in physical confrontation or use of Samurai weapons. Rather, Rogers presents a history of Samurai culture and practice and strategies typically used in combat. He illustrates with case studies the method by which they can be applied in modern daily life. More than a hundred maxims, precepts, and epigrams used by ancient (11th Century) Samurai warriors are explained throughout the book. These become the weapons that can be used to overcome whatever stands in the way of your success.

According to Rogers, Zen is not just a philosophy of peace and compassion but also “a psychology of action, grounded on decisiveness, spontaneity, strength of will, adaptability, courage and bravery.” It is this aspect of Zen that the Samurai needed “to rush forward to face the enemy even if only death awaited him . . . to act without hanging back, without reservations and with total commitment. Being more absorbed in the action than in yourself allows you to go forward; if you’re absorbed in yourself, it may keep you from acting.”

Originally written in the 1984, Fighting to Win was a best seller, receiving rave reviews and leading to media interviews on radio and television, and to international speaking events that reached over Waging Business Warfare150,000 people in the United States, Canada, and Europe.

More recently, an internet readers’ poll identified the book, with its application of Zen and the ‘Samurai way’ to everyday American life, as the “best self-improvement motivational book ever written.”

Rogers has adapted his mission and teaching to the 21st century by publishing e-book versions of Fighting to Win and his other related book Waging Business Warfare, and creating an interactive blog that promotes regular exchanges with an expanding audience who have discovered this life-changing book.

“David Rogers has written a unique and imaginative book, locating the key to business success in one’s spiritual outlook, blending Oriental wisdom with keen psychological insight, I am sure that many people will profit from reading it.” –Harold S. Kushner, author of When Bad Things Happen to Good People

“Fighting to Win presents readers with an entirely new vocabulary for making positive changes in their lives, containing 110 Samurai maxims, precepts, and epigrams, and a glossary of 130 Japanese and Chinese terms from the book.” The Washington Post

“Finally someone has written a book that shows you how to get from here to there. Fighting to Win is a phenomenal resource book for anyone who wants to become a winner in business as well as in life.” Corporate Director of Human Resources, Bell & Howell Company

“I have never done this before, but I cannot let the day go by without writing to tell you how superb a guest you are.” Ralph Collier, Classical Music Stations of America

“Bringing guests like you to our audience is what we’re all about. When those guests are as knowledgeable and willing to share their information as you were, they make it not just a responsibility but a pleasure. On behalf of all of us at WSW, the people who had the privilege of talking with you and everyone whose pleasure it was to hear you, thank you again.”Art Caruso, General Manager, WSW Radio, Cleveland

“It was a pleasure to interview you and feel your lust for life.” Janice Runice, WLS Radio, Chicago

“I found the message dead-on, and I consider myself fortunate to have had the opportunity to be exposed to something so critical to success.” Rolf Pepple, WBBM-FM

“Some authors who pass through are caught up in their egos but you showed an amazing unassuming empathy for our listeners which they responded to. You have an open invitation to visit us again, and if you ever have anything you would like to share with KMOX listeners just give us a call and we will put you on.” KMOX Radio, St. Louis

The way of the Samurai have intrigued David since he was a boy of 4 years, listening to his brother read him tales of Japan. The application of the Samurai way to relationships and modern American work life didn’t seem strange to him at all. But he was not prepared for the opposition to Japanese thought and ideas that he encountered in American businesses when he began working as an adult.

David persisted in his own beliefs: “I never found anything in Oriental ways that I could not incorporate in my everyday life.” Working with travel agencies, government agencies, a major auto manufacturer and accounting firms, Rogers began teaching Samurai warrior techniques (primarily from the elite Bushi) of 11th-century Japan to 20th-century American business people. And as he watched his younger sister battle cancer, he promised her he would write his book pairing the Samurai approach to warfare with the obstacles to personal and business success. Her death clarified for him “the difference between small-l living and capital -L gut-level Living,” and the importance of committing to a life purpose and making it part of every action.. Not much later, David set down the battle plan and code of ethics in Fighting to Win: Samurai Techniques for Your Work and Life.

David has written nine other books for Sage Publications, the University of Michigan’s Institute of Labor and Industrial Relations, the Work in America Institute, and the U.S. government. He served as a consultant with Chrysler Corporation, GM, Ford, ABC, CBS, Viacom, Pepsi, and many other major corporations, as well as scores of small businesses-particularly those in highly competitive industries.

A noted public speaker who has consistently been called “unique” and “original,” David has provided presentations on Fighting to Win and Waging Business Warfare to more than 150,000 people across the United States, Canada, and Europe.

Over the years, David has taught in the graduate school of Roosevelt University in Chicago, and has guest-lectured at Princeton, Northwestern, Duquesne, the University of Wisconsin, Columbia College, and Ohio University. His books have been used as texts in undergraduate and graduate schools here and overseas.

Now in his mid 70’s, David reads widely, and continues to study topics ranging from human performance and business strategies to Eastern philosophies (especially Buddhism, Zen, and bushido, the way of Samurai). He writes non-fiction, fiction, memoirs, and poetry, some of which has been published.

His blog–davidjrogersftw–is a refreshing location for exploring issues around writing–what motivates and encourages it, and what gets in the way. Overcoming obstacles to a fulfilling life, the many types of success, achievement motivation, empowerment, and mental health are always interesting to him. It serves up its monthly issues by email to an international readership. You can subscribe to it here.

David hails from the Midwest and grew up in musical family that has influenced his interest in the arts, artists and the creative process. He considers real artists as those who aim for perfection in whatever expressive medium they choose: as writers, painters, dancers, directors, performers. To him, artists are the most dedicated and hardest workers in the world, a model of human motivation that people in other occupations could learn from. His next book will address self-improvement for writers and others engaged in creative activities.

David and his wife have raised four children and now enjoy spending time with their extended family, including grandchildren. While he is happy in his office filled with books and research, he regards himself as a friendly, down-to-earth fellow who enjoys striking up conversations with strangers or speaking to huge audiences about his ideas. 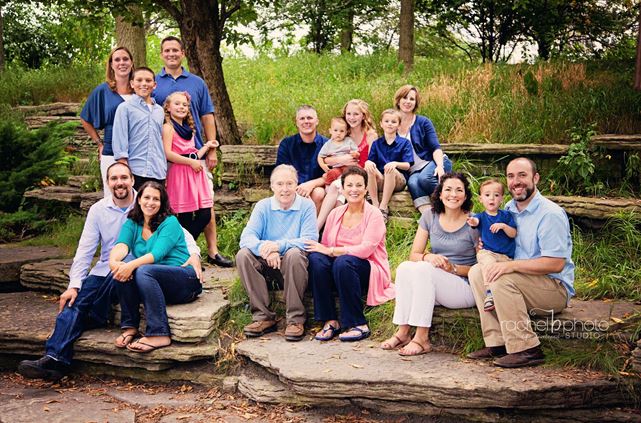 David’s four children, their spouses and some of the grandchildren.
David and his wife are in the center.

David’s blogpost on writing and publishing Fighting to Win

Excerpt from Preface to Fighting to Win

Kindle edition of Fighting to Win

Developing Talent, Human Potential and Achievement: Living with a Purpose in Mind

What Prevents People from Reaching their Goals and Purposes

The Characteristics of Creative People

Deadline Problems and What to Do About Them