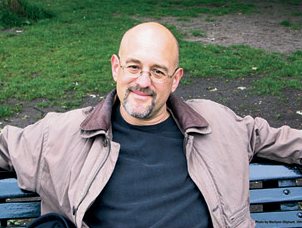 DANIEL GILBERT is the Harvard College Professor of Psychology at Harvard University and Director of Harvard’s Hedonic Psychology Laboratory. He is generally considered the world’s foremost authority in the fields of affective forecasting and the fundamental attribution error.

To receive the recording by email, submit your name and email address here: 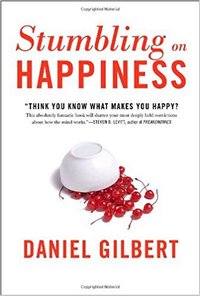 He has published numerous scientific articles and chapters, several short works of fiction, and is the editor of The Handbook of Social Psychology. He has been been awarded the Distinguished Scientific Award for an Early Career Contribution to Psychology by the American Psychological Association, fellowships from both the Guggenheim Foundation and the American Philosophical Society, and has been a Fellow at the Center for Advanced Research in the Behavioral Sciences. However, he says that his greatest accomplishment is that he appears just before Dizzie Gillespie on the list of Most Famous High School Dropouts.

In 2002, Personality and Social Psychology Bulletin listed Dan as one of the fifty most influential social psychologists of the decade, and in 2003 one of his research papers was chosen by the editors of Psychological Inquiry as one of four “modern classics” in social psychology.

He lives in Cambridge Massachusetts with his wife and a lack of pets.

To prepare for listening to his interview, you must read “Affective Forecasting…Or the Big Wombassa…” and Stumbling on Happiness.